I was working as a bulk-store assistant in early-2018 when an old friend told me about plans towards a community newspaper happening in the Tokelau Media Office.

Upon hearing about the newspaper plans, I was interested to know more about it; I loved to read which brought about a love of writing stories myself.

Fast forward to a month later, I had applied for the job and was sitting in a room with two people and another interviewer speaking over a telephone from New Zealand.

One of the questions asked was something along the lines of “what will you bring to the job?” which was not a question I was ready for.

The main reasons behind my interest was my love for writing and also just wanting to be part of the first community newspaper on our small atoll of Nukunonu, Tokelau. 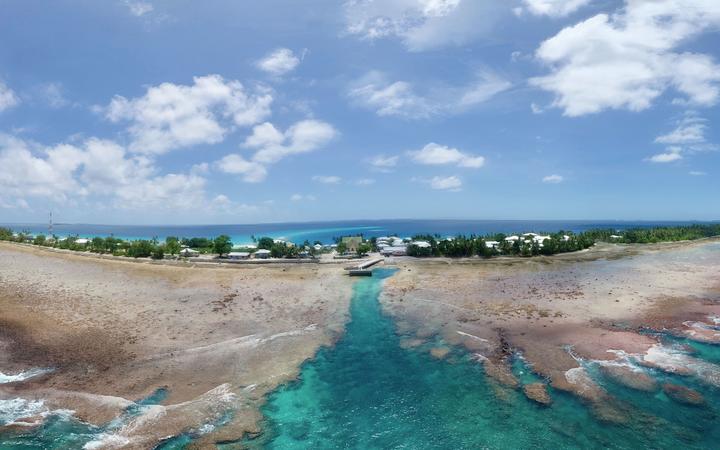 So what did I have besides my interest in writing? The answer came in the first few months I started working for the Te Ulugā Talafau newspaper. I give credit to Tokelau Media specialist, Fatu Tauafiafi, for his patience while mentoring me, it was during that learning period that I realised just how delayed Tokelau was with sharing their stories and voice.

While our Pacific neighbours were modernising their social structures to suit the times and sharing their stories in the form of news, my Tokelau still stuck to the traditional “Vakai” to update the island on news.

The “Vakai” was an announcement that was done by an island version of a town crier. I am not condemning the “Vakai” and other traditional ways of sharing news, I just saw the advantage of the newspaper since it would take our stories on another platform along with the boost of today’s social media.

It hit me like a tidal wave – here we are; a tiny, remote atoll where the days pass without any records to show what our stories were yesterday, or last year or 10 years ago.

As a kid I recall my late grandfather telling me tales and legends of the old Tokelau and these stories were always followed by a song, because songs were the easiest ways to record the history for us.

Most of the things that I read on Tokelau were written by non-Tokelauans – and while nothing was wrong with that – it was the fact that these writers have the power to control the narrative that bothered me.

It dawned on me that anyone could write about Tokelau and these would be the stories our future generations read and therefore conclude the Tokelau life to be. It unsettled me – the power behind story telling or recording events could result in the making or breaking of the subject and influenced the way that people view it.

To be fair, I loved some of the stories that I read on Tokelau, they were honest and a first-hand experience by people who were new to this island way of life. The New Zealand Geographic’s story “Tokelau – Islands in the wind” written by Mark Scott in particular resonated with me and sparks inspiration every time I go back to read it.

These were the types of stories I wanted to write, the Tokelau cultures and traditions were also something in my mind to search and write about.

I realised this was something I was bringing to the newspaper, trying to find a way to share the old knowledge with the new age. 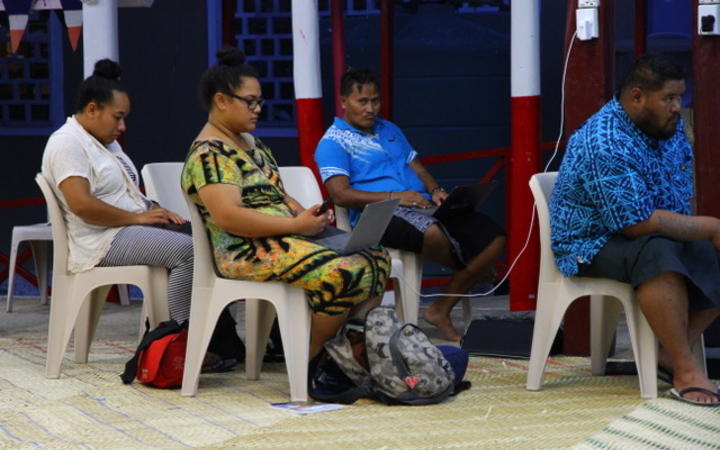 I started to interview people and write down their experiences and definitions of the culture. It was a slow but rewarding process…I felt closer to my community than ever before and I was hoping they felt closer to each other through these stories.

Fast forward to two years into the job, I get the opportunity, (thanks to an MFAT Scholarship), to come to New Zealand and learn more about journalism.

Being in New Zealand in an election year sparked my interest in politics and I realised how important it was to share legit information in a time where social media was so big and influential.

A lot of things came to life and to mind because I was surrounded by a diverse group of students in classes who each gave me something new to learn this year.

Journalism can have so many positive impacts on a community, especially one that is constantly divided by misinformation and a lack of awareness. And as cheesy as it sounds, if I could go back to my job interview and the question “what will you bring to the job?”…I would answer – I will bring unity to the job, uniting our people in information and our culture. That is my goal with journalism as the tool.

I am not the first to do this for their community or culture, and I won’t be the last, but as long as I help record the stories for future generations and help develop our remote island.

Well, it is more than I could have dreamed of two years ago.

Climate Change: Now is not the time to mince words

Climate Change: Now is not the time to mince words